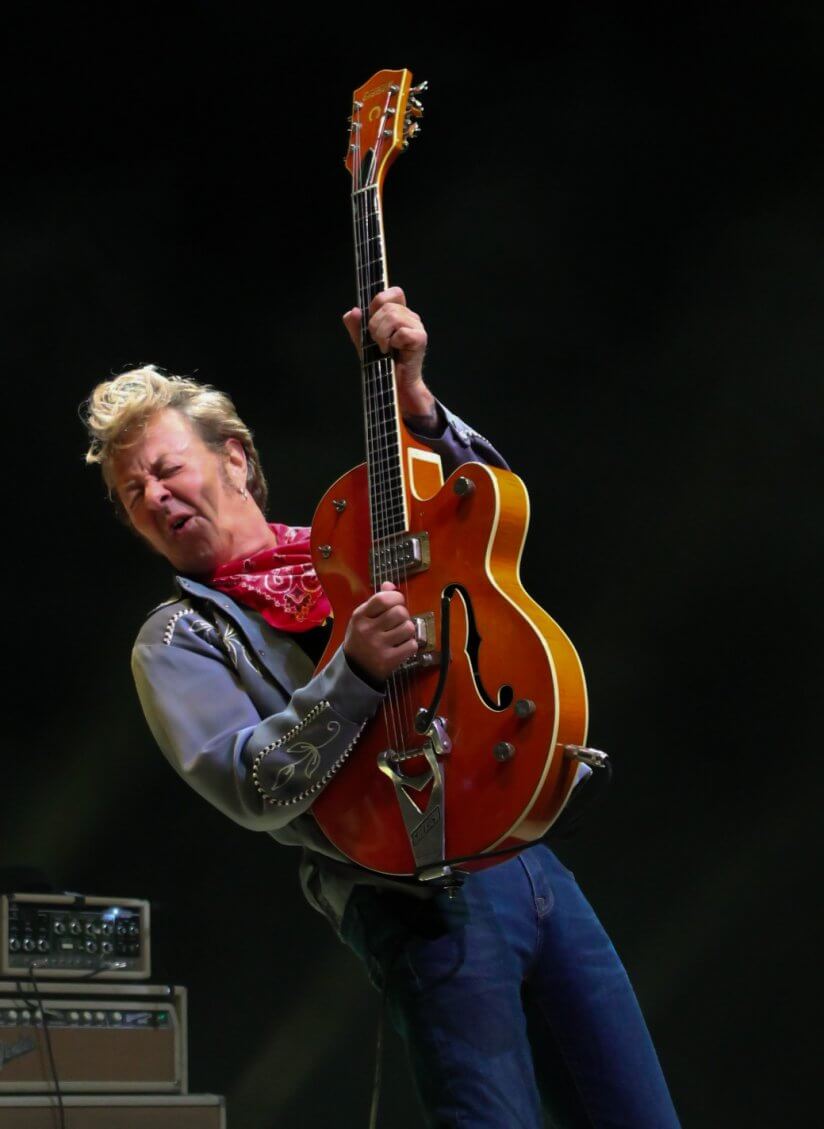 It’s been 40 years since Brian Setzer, Lee Rocker, and “Slim Jim” Phantom formed Stray Cats. You wouldn’t know it by seeing them today, as rock & roll as certainly had some sort of age reversing effect on the trio. 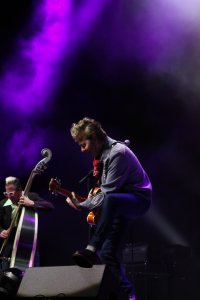 For the anniversary, they’ve hit the road on a massive tour, bringing only Rocker’s stand-up bass (a few of them), Setzer’s guitars, and Phantom’s famous stand-up drum kit. No backing musicians or vocalists, just the ‘Cats. 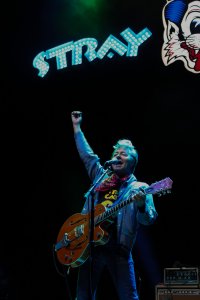 The show kicked off, appropriately, with “Cat Fight,” a track from their new album, 40, followed by the popular “Runaway Boys” and “Double Talkin’ Baby,” a Gene Vincent cover. They hardly missed a step, rockin’ about the stage and occasionally climbing on Rocker’s bass, which he also carried around the stage a few times. He also took lead vocals on “When Nothing’s Going Right,” a song he penned for the new album.

A well-attended performance, the crowd was a reminder of the odd spot in pop music Stray Cats occupy. Back in the day, they became a little too chart-friendly for true rockabilly fans, yet not pop enough, over all, to have more hit singles. What people forget is the trio was doing overtly what every other new wave band of the era was doing, and that’s bringing back the simplicity and inventiveness of 1950s and early 1960s rock & roll.

However, no one that deeply about such things at their performance at the Rose Music Center in suburban Dayton, particularly when the hits like “Stray Cat Strut” were played. The crowd, naturally, couldn’t help but sing along.

The other big hits were present of course, including “Fishnet Stockings,” “I Won’t Stand in Your Way,” “(She’s) Sexy and 17,” and “Rock This Town,” which closed the set. For the encore it was “Rock it Off,” “Built for Speed,” and “Rumble in Brighton.” The latter was an excellent choice to close the entire show, though the crowd, familiar with the big hits, didn’t give the song the energetic response it deserved. The Stray Cats did, though, and that’s really all that mattered.