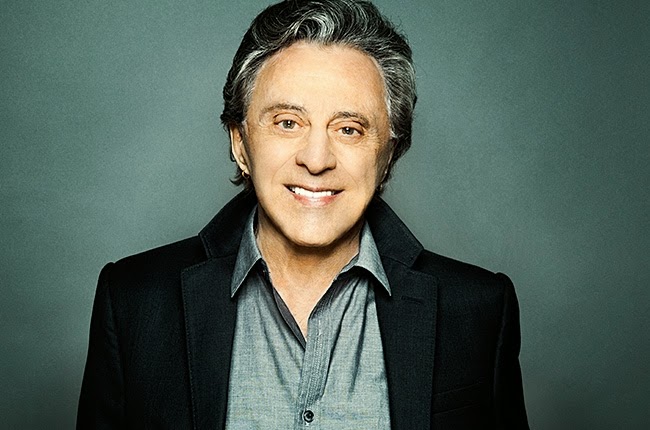 Segerstrom Center for the Arts welcomes Rock and Roll Hall of Fame inductee Frankie Valli and The Four Seasons to Orange County on August 16, 2014. Single tickets, which start at $49 are available online at SCFTA.org, at the Box Office at 600 Town Center Drive in Costa Mesa or by calling (714) 556-2787. For inquiries about group ticket savings for 20 or more, call the Group Services office at (714) 755-0236. The TTY number is (714) 556-2746.The original Jersey boy himself, Frankie Valli is a true American legend. His incredible career with The Four Seasons, as well as his solo success, has spawned countless hit singles with unforgettable tunes such as “Sherry,” “Walk Like a Man,” “Big Girls Don’t Cry,” “Rag Doll,” “December, 1963 (Oh, What a Night),” “Can’t Take My Eyes Off You,” and of course, “Grease.” His songs have been omnipresent in other iconic movies such as The Deer Hunter, Dirty Dancing,Mrs. Doubtfire, Conspiracy Theory and The Wanderers. As many as 200 artists have done cover versions of Valli’s “Can’t Take My Eyes off You,” from Nancy Wilson’s jazz treatment to Lauryn Hill’s hip-hop makeover.

Frankie Valli and The Four Seasons have sold more than 100 million records worldwide. They continue to tour throughout the U.S. and abroad to packed houses receiving nightly standing ovations from thrilled fans of multiple generations.

Valli’s long-lasting career has led to the overwhelming success of the Broadway musical JERSEY BOYS, which chronicles Frankie Valli and The Four Seasons’incredible career and features all of their greatest hits.
The Broadway juggernaut, which opened on Broadway in 2005, has been now been seen by more than 18 million people worldwide. It currently boasts six companies: Broadway, London, Las Vegas, U.S. national tour, The Netherlands and Asia tours.

In 2006, JERSEY BOYS won four Tony Awards® including Best Musical and Best Cast Album. In 2009, it won the Olivier Award for Best New Musical, and as of April 9, 2014, it will be the 13th longest running show in Broadway history.

Don’t miss this chance to see this pop music iconic and legendary performer.

Pat Francis currently hosts the popular comedy/music podcast “Rock Solid,” called 1 of the 8 great music podcasts to put in your ears by USA Today and featuring artists such as Melissa Etheridge, Sammy Hagar and Susanna Hoffs. His frequent appearances on Jimmy Pardo’s top rated podcast “Never Not Funny” are fan favorites. Pat began his entertainment career as a stand-up comic in Chicago, IL. After touring the country and performing in 42 states at comedy clubs and colleges, he relocated to Los Angeles, CA. There he appeared as a comedian on Comedy Central, AMC, the UCB and is a yearly regular at the San Francisco Sketchfest. For the past 5 years he has also served as Co-Host of the yearly event Pardcast-A-Thon which to date has raised over 700,000 for Smile Train. When not entertaining people in person he also makes his living as a Story Producer for reality television programs. It is also important to know that Pat is a monkey in a human mask.