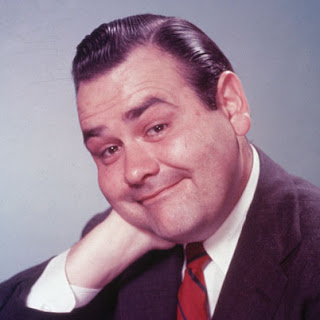 The world has lost yet another classic comedian. Jonathan Winters died today of natural causes in his home in Montecito, CA, according to CNN.

Winters is best known by fans for his work as a stand-up comedian starting in the late 1950s. He was a prolific comedian, recording over a dozen comedy albums starting with Verve Records in 1960, and going all the way to 2011 with what would be his final comedy album, Final Approach.

Renowned for his improvisational approach, Winters appeared on many talk shows during his heyday, and had a special relationship with Johnny Carson on The Tonight Show, where he would nearly always show up as a new character that Carson would have to discern through interviewing him as Winters played it. This style influenced many other comedians, most notably Robin Williams, who idolized Winters and got to work with him on the show that most people recognize him from on TV, Mork & Mindy. Winters also worked in dramatic roles, including an episode of The Twilight Zone and Alec Baldwin’s uncle in The Shadow (1994).

Winters has continued to work all the way until recently, mostly voiceovers, with his most recent being the voice of Papa Smurf in 2011’s The Smurfs. He will also be heard in this year’s The Smurfs 2.

Winters is survived by his two children. His wife of 61 years, Eileen, died in 2009.

Classic comedian, improvisor, and a hard worker, Jonathan Winters made the world a better place through comedy. As he said of himself – “I couldn’t wait for success, so I went ahead without it.”

with research from IMDb, Bio.com, and Wikipedia.