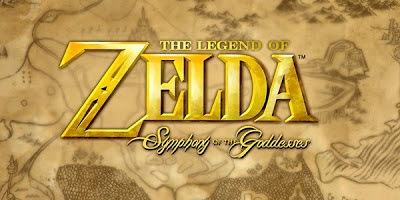 I recently had the pleasure of talking with The Legend of Zelda: Symphony of the Goddesses executive producer Jason Michael Paul. For those unaware, The Legend of Zelda: Symphony of the Goddesses is a live performance of music from the various Zelda video games. A video game symphony? Video game music as art? You bet. Ever since the release of The Legend of Zelda: Ocarina of Time, Nintendo has seen the Zelda franchise have music that rivals that of any feature film. Making that music is all the more challenging when you consider that much of it has to score an experience that is different for every player.

And this is why, I believe, this symphonic tour has been so successful. The multi-city tour in 2011-12 was a huge success, largely due, I believe, to the experience players of the game have had: this wasn’t just a score to a movie. It was a score to their lives. At least, their lives as Link, the hero of the Zelda universe.

Here, then, is my interview with Jason Michael Paul about the return of The Legend of Zelda: Symphony of the Goddesses to Los Angeles coinciding with 2013’s E3.

PCBEliot: Tell me about your role as executive producer of this Zelda symphony. 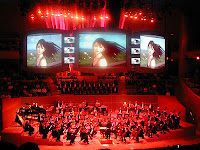 Jason Michael Paul: I created the first video game music concert in 2004 with the Dear Friends: Music from Final Fantasy concert. I had a relationship with Nintendo, and when the 25th anniversary of Zelda came around, since I was responsible for the whole concept of a video game music symphony, I was in their minds, so they came to me to see if I’d be interested.

PCBEliot: What originally inspired you to put video game music in front of a live audience?

JMP: Basically, I saw a niche, a need, a hole to be filled where video game music hadn’t been experienced in this way before. I had the relationship with Square Enix at that time, and the concept was just exciting to me, to provide this experience with live orchestral music and video.

And this production is exciting for gamers because it’s more or less a retelling of the stories of Legend of Zelda through the visuals and the music.

PCBEliot: Do you think the audience is more apt to be excited about these concerts because of the fact that, since they know the music from playing the game, it feels to them more like it’s a musical score from their lives, in a way?

JMP: Oh yes, definitely. Not only that, but since the franchise is now over 27 years old, we have up to three generations of fans of Zelda coming to see shows, and these are families who have all experienced Zelda in their own way. This music is a big part of their lives, and the older crowd wants to share that with their children and even their grandchildren.

And it’s not just Zelda fans or even video game music fans. We have people coming who are just interested in pop-culture, and even folks who have subscriptions to the symphony who are discovering this music when they wouldn’t have encountered it otherwise.

PCBEliot: That’s interesting. Do you then get feedback from non-Zelda fans after they’ve seen the concerts?

JMP: Definitely. We try to present the music not just in a symphonic format, but, along with the visuals, give the audience the experience of the story of Zelda so that they can see how it all fits together. I’ve definitely had people who’ve seen the show say they were turned on to Zelda games because of the concert.

PCBEliot: Tell me a little about the performers you use for these concerts.

JMP: We work with the symphonic orchestras in each city. These are highly skilled musicians who can learn and perfect the score with just a couple of rehearsals just a few days before each performance. It’s been great working with such great performers in each of the cities from our tour.

PCBEliot: Will fans of the very first Zelda games hear music from those original games?

JMP: We definitely go all the way back, and in many cities we’ve already been to, like L.A., Montreal, Atlanta, we’ll be including music from Skyward Sword as well. But yes, we’re definitely taking what was once MIDI music from the original games and translating it into beautiful orchestral music as well.

PCBEliot: Do you have any other video game music performances planned? 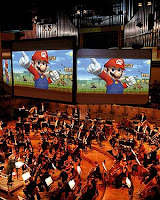 JMP: Absolutely. In 2006, we did a series called Play: A Video Game Symphony, and that one doesn’t focus on any one franchise, it covers a lot of different games. We’re rebranding it right now, it’s going to be called rePlay, and it’s going to be an amazing night of music, I’m really excited about it.

PCBEliot: Okay, I have to ask, are you a Zelda fan, and if so, what is your favorite game in the series?

JMP: Definitely a Zelda fan. My favorite, more because I worked so closely with the creative team, is Skyward Sword. I produced the orchestral companion CD to the game, and it’s dear to my heart because I feel like I actually contributed to the game.

PCBEliot: I appreciate your talking with me, and I look forward to seeing the show in L.A. in June.

JMP: Absolutely. Thank you so much for your time.

The Legend of Zelda: Symphony of the Goddesses will be playing at The Greek Theatre on June 12, and tickets are on sale now at Ticketmaster.com. More information about the rePlay Symphony can be found at www.replay-symphony.com