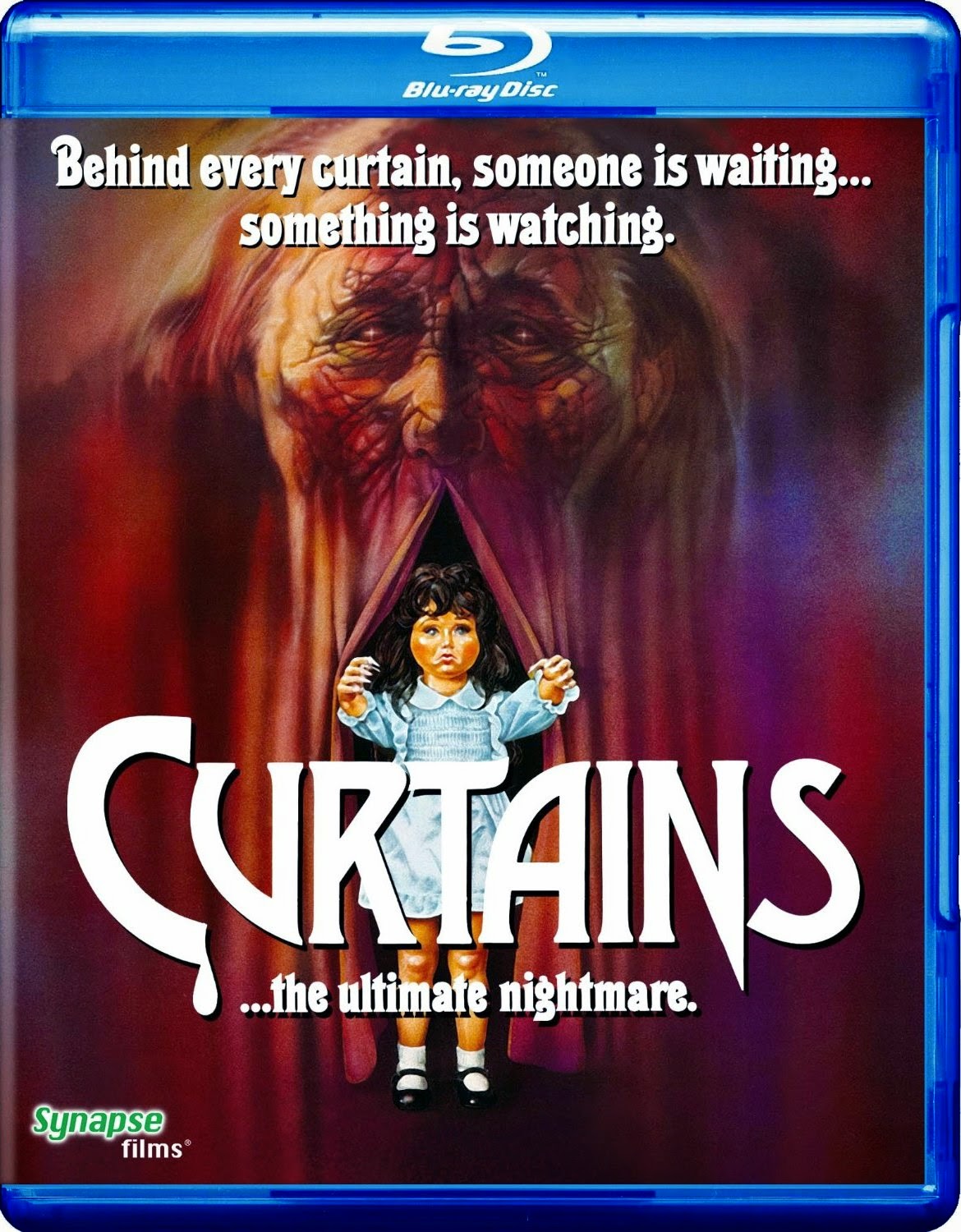 It’s been over 30 years since Curtains was first released and relatively forgotten. As the years went on, the film grew a cult like status and its fans have been clamoring for a proper home video release (a DVD released in 2010, was not acceptable due to its poor transfer). Well, thanks to the folks at Synapse Films, that day has finally come as Curtains has finally gotten the loving respect it deserves.

The film is about a director casting a coveted role of Audra so he invites several actresses to his remote mansion to work towards finding his perfect cast. Of course his first choice is a method actress so she locks herself away in a mental institution to learn what it means to be crazy. She breaks out once she hears of Stryker’s (the directors) plans to choose another Audra.

Of course murder and strangeness occurs as the women do whatever they can to earn the part in this film.

The interesting thing about Curtains is the lack of a main character. There is no Laurie Strode, no Nancy Thompson. This is interesting because that means that no one is NOT the killer. There is no one safe to identify with because anyone could be hiding underneath that creepy old hag mask. You never really know who the killer is until the ultimate revelation.

The film is acted well and is among the better examples of 80s slasher films. This one is a bit calmer than most. It’s not kill after kill and it gives the viewer room to breathe and to suspect who might be behind the killings.

The real star here now is the absolutely wonderful transfer Synapse has delivered. They did a masterful job, the likes of which only someone with a love of the film could be capable of. Fans should be ecstatic over the picture and sound. They’ve got some good features to dig through as well, including a trailer, commentary, and more. Synapse has really gone above and beyond with this title and it should serve as an example to other horror labels. Treat your films right and your fans will love you all the  more for it. I can’t wait to see what Synapse does with Prom Night.

Fans of early slashers will eat up Curtains, and the beautiful transfer makes it a definite must watch for fans of the genre.

Well done, Synapse Films. You’ve raised the bar on what a label can do for a much loved film and a genre sorely in need of more respect in the home video market.