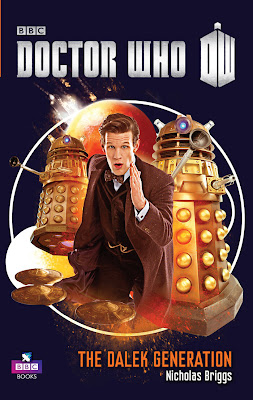 Books are different from TV. I know, this is self-evident and probably makes me sound like some post-modern wanna-be douche. But go with me, I’m going to try to make a point.

In TV, emotions and thoughts of characters are generally communicated by their facial expressions and actions. Sure, sometimes characters just spell everything out, but not everything is (insert joke about what you, the reader, think is a badly written TV show here). The viewer is given some of the heavy lifting in TV, because it is left to us to decide what that long look the actor, director, and editor chose actually means. Jealousy? Anger? Hunger? Having edited a bunch of stuff, let me tell you: a surprising number of “waiting for the camera to roll” facial expressions make it into an actual edit.

On the other hand, books are all about the thoughts and emotions of a character. They are literally (literally literally) spelled out. “John felt this, Mary thought that.” Sure, a good writer can craft a very complete description that a good reader can interpret. I know this to be true, for say, J.R.R. Tolkein, since I’ve never met Peter Jackson, and yet somehow he got 90% of all the people, creatures and locations exactly right, at least to my eye. I don’t mean plausibly. I mean exactly the way I pictured them when I was a teenager. And I’m not trying to imply that I’m some kind of wizard at reading. I give the credit to Tolkein for being so good at description.

Still, even with all that great description of what someone looks like, and all of those very accurate descriptions of feelings and thoughts, the writer still must depend on the reader to visualize how the character will look while having those thoughts.

Now I come to my point: books like BBC’s Doctor Who – The Dalek Generation have an interesting challenge. Doctor Who has, for most people, only been a TV show. Thus, most of us have never actually heard the Doctor’s thoughts or feelings. When he stares at the camera and then suddenly decides it’s time to RUN! or mess with the bad guys, or use the sonic screwdriver, we don’t really know what he’s thinking. He could be seeing all of time right in front of his eyes, or wondering why he is still doing this after aeons have passed, or trying to remember a particularly keen crumpet recipe. It’s really up to us as the viewers to interpret. Sure, we get clues based on things he’s said to various characters, but we don’t know.

This struck me as I first started reading The Dalek Generation. The author, Nicholas Briggs, who has a lot of Doctor Who bona fides, including numerous previous books (although who interestingly never wrote a Doctor Who episode), clearly has a good idea of where The Doctor’s thoughts come from. Still, my first instinct was “I know The Doctor’s thoughts? Am I supposed to know these?” Fortunately, Briggs does an excellent job of showing us just enough of what The Doctor is thinking without showing us everything. He also, however, paints a picture of a Doctor Who who, while certainly clever and able to anticipate his opponent’s next move, also runs into a lot of not knowing what’s going on. Which runs counter to my impression from the TV series that he was just telling those around him that he didn’t know. I kind of always assumed he just said that to put people off guard.

As for the story, I don’t want to spoil it, but it definitely covers the equivalent of a 2-3 episode arc of the TV series. Obviously, the Daleks are involved, and they are acting uncharacteristically nicely. I found this a good twist, and of the appropriate order of magnitude of a Doctor Who adventure. There are also three young children who become The Doctor’s companions for this tale, and they are fun to visualize. This story also has some sadness, some emotional conflict, and a good dash of bravado. I had a moment after I finished it of “wait, is that a plot hole?” Fortunately, a reread of the final chapter convinced me it all made sense. Otherwise, I found it to be satisfying in its ability to evoke the experience I get from the typical Doctor Who story. The author also does a good job of taking advantage of the medium by creating at least one race of characters that a TV production team would probably say “we can’t do that, that would take the whole season’s budget”. Well done, there.

To be sure, this is light reading. There are some undertones of “what has a soft society come to?”, and you could even cast the Daleks as a proxy for the government or corporations if you really tried. There are only a few passages that I could find that suggested this might actually be the author’s intent. Meaning it’s in there, if you want it to be, but it’s not heavy handed. I read it on a 90-minute-each-way train ride, and it was perfect for that. Engrossing, not particularly challenging, but nothing that made me think “that’s not what The Doctor would do”.

What if you’re not familiar with Doctor Who? It’s really hard for me to say, as my knowledge of The Doctor makes it hard to fit in those shoes. Still, I believe the author does a reasonable job of limiting inside jokes and references, and explaining the characters that non-viewers won’t be familiar with (The Doctor, the Daleks, the TARDIS) without becoming tedious for fans.

And for those fans wondering – this book (along with two more, which I’ll be reviewing in short order) takes place apparently between the events of season 7, episodes 7 and 8, the latter of which will air on BBC America March 30, 2013.

For me, then, as a Doctor Who fan of probably the fifth order (I’ve never dressed up as The Doctor; I can’t quote much except maybe “Run!”,  or “Exterminate!”, or “Timey wimey” [which I actually kind of hate]; but I do insist on capitalizing the “The” in “The Doctor”), I found it to be worth the time and quite enjoyable. Should you spend the $10? I’ll put it this way: it’s a better way to spend 3 hours than most feature films that cost twice as much to see. Especially if you like the TV show.

BBC Doctor Who: The Dalek Generation