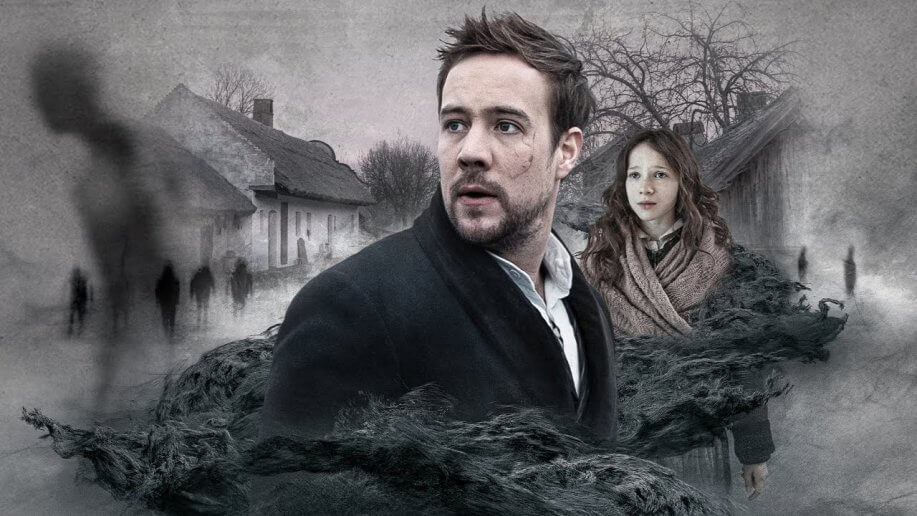 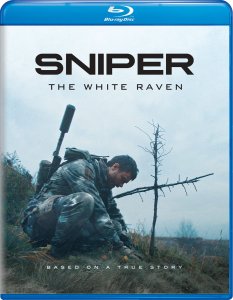 From the press release synopsis:

‘One man’s difficult transformation into a war hero. After suffering a senseless tragedy in 2014 at the hands of invading soldiers in Donbas, a Ukrainian physics teacher-turned-soldier vows revenge against an elite Russian sniper whose elimination could change the tide of the conflict.’

What makes covering a film like this so difficult is its virtually impossible to separate the movie from the ongoing war in Ukraine. Shot before the invasion, Sniper’s main character Mykola today appears as something of a proxy for Ukraine itself, and this movie is a needed cathartic revenge against the Russians. It’s no surprise that it’s become an essential film in Ukraine this year; it was even in contention for Ukraine’s Oscar submission (Though Variety is reporting that it has lost out to another film which itself is also about the 2014 separatist war). The films IMDB also mentions that Actors and extras from the film are currently fighting on the frontlines.

Is Sniper: The White Raven an entertaining film? Yes, but it is far from perfect. If you like military sequences or you’re curious about what modern Ukraine and its people look like; then this is a good and topical title to pick up. However, if you’re looking for a deep emotional study of the horrors of this conflict on a personal and societal level, then Sniper will probably come up short. The lead character doesn’t have a whole lot to do or say and we don’t get a lot of insight into what should be some pretty intense emotions for him. The main character’s driving motivation is somewhat cast aside for many, many scenes of Ukrainian snipers wiping out scores of Russians and heroically saving Ukrainian civilians. There’s nothing wrong with that, it just reads as more morale booster for the Ukrainian people than gripping drama. Still, the war sequences are quite good and make Sniper worth checking out.

The disc offers just the film with English subs and the trailers for the movie and other new releases from Well Go USA. 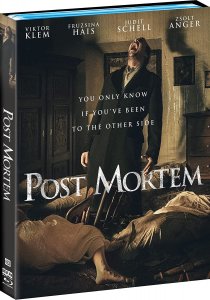 Available on Sept 20th from Scream Factory is Post Mortem.

From the press release synopsis:

‘In the aftermath of a near-death experience in the final days of the First World War, former soldier Tomás has become a photographer with a particular — and peculiar — expertise. Presenting the bereaved an opportunity for one final, indelible memory of their dead loved ones, Tomás creates family photos in which the living and the dead are posed together. Haunted by a vision of an orphaned girl, Tomás is drawn to a disease-stricken village that its inhabitants claim is overrun by ghosts. With the young orphan at his side, Tomás digs deeper into the mysteries of the village — and of what lies between life and death.’

Post Mortem has been selected as Hungary’s submission for the foreign Academy Award this year and it’s not hard to see why (even if a horror film has horrible odds at the Oscars). Coming off a successful worldwide film festival run; Post Mortem is genuinely scary. The direction is on par with the likes of James Wan and the first Conjuring movie. There are a couple of effects that are snicker worthy, but the overall atmosphere and creeping dread of the film are top of the class. A period piece, set not long after the first world war in a small village, the movie has a big budget feel with wonderful performances all around.

Scream Factory’s Blu-ray release features the trailer and about 9 minutes of deleted scenes as extras. The cover has artwork inside and out but is not reversible. The movie audio has options for original Hungarian or a pretty decent English dub if you want to focus on the scares.