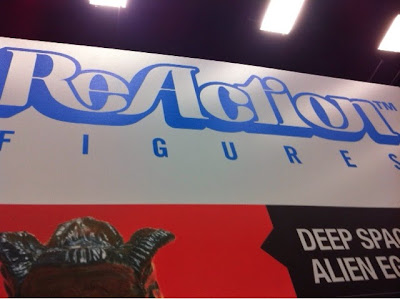 I’ve written a couple times now about the Reaction Figures Alien line, so yes, I am a fan. Quick recap for the uninitiated: In 1979, Kenner was going to release five action figures to tie in with the movie Alien but cancelled the plans. Fast forward to 2013 and Reaction Figures buys the rights to the designs and releases the figures on awesome retro cards. Everybody caught up? 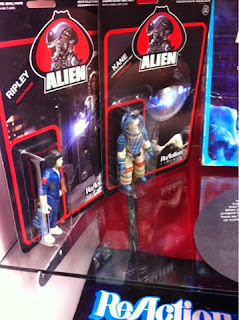 At San Diego Comic Con 2014, Super7 was back with their booth and a new set of comic con exclusives. These included an Alien Egg Chamber Playset (initially limited to 250 “blue boxes” in the whole world but later expanded to a limited “black box” pre-order after major negative feedback. More on this in a moment.) , a Japanese style vinyl alien, and the alien egg “blind box”. 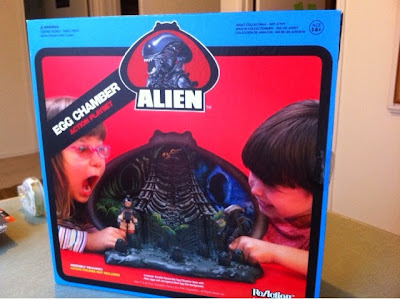 The concept was great, for twenty five dollars you got this plastic egg with a unique, exclusive figure inside (the eggs aren’t flimsy, these are well made art pieces that you could hurt someone with). At first they wouldn’t say how many variations there were and each customer was limited to purchasing four a day. Right from the start there was huge demand. On the preview night they sold out of the 250 “blue box” egg chambers. They were running three cashiers and two lines for hours. Customers were having relatives line up with them to be able to buy more eggs. I myself ultimately dropped close to 500 dollars and I met folks who spent far more. 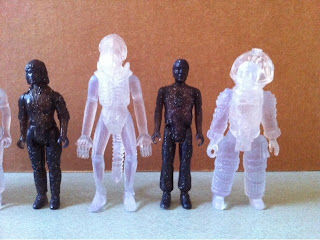 Here’s where things got interesting. The internet of course quickly began posting photos of the variations so we soon knew there were eight. Super7 relented and put all eight in their display so buyers knew what they were trying to collect. There are four figures in two varieties: Alien, Ripley, Ripley in spacesuit (I hear you crying foul. Watch all the way to the end of the movie), and Kane with chestburster (the only all new mold); each in black-sparkle or clear plastic. The first twist was that they were not all produced in equal amounts, the clear figures were more rare than the black ones. This created a problem of duplicates. I got five black sparkle Kane figures out of eight; others had four aliens, etc. To address this and add a fun element Super7 held a “Deep Space Rescue Party” on Friday night for buyers to come and swap with each other. 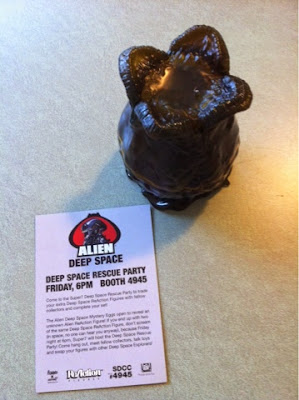 What happened was that a dozen people showed up with armloads of black sparkle figures wanting to trade for missing clears. There were a handful of small trades before it became clear that most customers were looking for a clear Kane and there were almost none to be found. 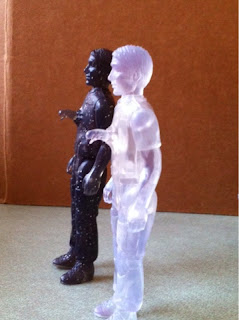 The situation got tense with people making increasingly high bids for rare figures. I recalled being a kid around holidays when parents would mob Toy ’r’ Us for a hard to get Yoda figure; that was happening here but now these were grown up kids, ready to riot for a toy, for themselves. This behavior is common at well known booths like Hasbro, but Super7 managed to whip up an Alien fan frenzy. The staff and designers on hand were delighted as a gambling atmosphere grew at the booth. The daily limit went out the window and lines of eggs were laid out on the counter. People wanting a whole set were paying hundreds of extra dollars and opening their eggs in front of the expectant crowd. Bystanders were buying eggs just to try and get a piece of the action. Clear Kane’s were trading at a rate of three figures for one. 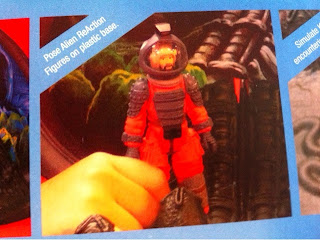 The aftermath is that full sets of eight are incredibly rare among an already exclusive product. While the convention was still going on the figures were selling on eBay from 75-125 dollars. I would speculate that we’ll see the Kane and the space Ripley with normal paint before too long, but these exclusives are no longer available. A ‘black box’ Version of the Egg Chamber Playset is available for pre-order for another week, (due to ordering technical problems) get yours HERE! If you look at the mock up in the display case there are also spacesuits in three colors. One of them has a beard so I think they’re Dallas, Kane and Lambert. I suspect they’ll be in stores soon as well but I could get no confirmation of that. I was able to confirm that an Aliens line is still in the works and coming soon. 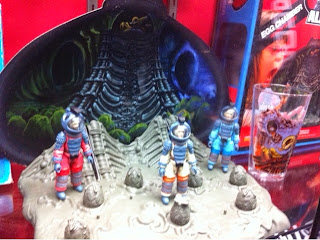 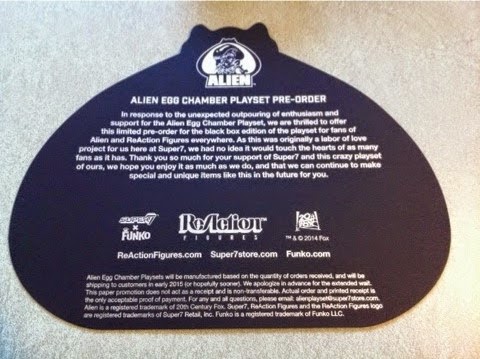