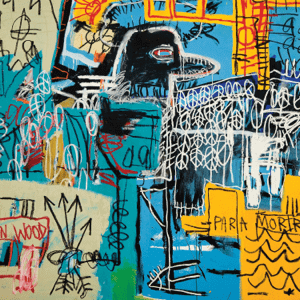 The Strokes are certainly a band that is greater than the sum of its parts. Sure, guitarist Albert Hammond Jr. has put out some fine solo work as has lead singer Julian Casablancas, with the latter also churning out some serviceable work as a member of the Voidz.

As The Strokes, however, Casablancas, Hammond, and their bandmates, seem to be at their peak as demonstrated on The New Abnormal. Sure, the band set the bar high with their 2001 debut Is This It? However, there was greatness on successive albums, though the peaks sometimes stood in stark contrast to the valleys.

The New Abnormal decidedly rivals the debut and comes out, like the first album, at a time of worldwide crisis. The band could not have known this certainly, but it makes for an interesting backdrop while listening to the album as a whole.

“Adults Talking” is the opener, and lets you know The Strokes are back and have something new to say. Hammond’s galloping guitar riff carries Casablancas to a catchy chorus getting the album is off to a great start.

The dreamy “Selfless” follows and puts one in the mind of Beachouse, though the vocal makes it a Strokes song. Speaking of beaches, Casablancas comes close to echoing Brian Wilson in spots.

The keyboards take center stage on “Brooklyn Bridge to Chorus,” the third single, but then share the spotlight with Hammond and Nick Valensi’s guitars. The song is a great indicator of the band’s return to form, though that form includes some new elements collected since the turn of the century.

Similarly, “At the Door,” the first single, starts with Lady Gaga energy but settles into a ballad. It’s still in The Strokes’ universe. Casablancas’ voice soars, and toward the end it all shifts into a Wendy Carlos soundscape. An odd choice for a first single, it doesn’t top any of the other tracks on the album like, say, “Bad Decisions,” one of the best tracks of the year by any band.

Steeped in ‘80s alternative/college rock, “Bad Decisions” pops off, as the young people say, right out of the gate. It has a great hook, great melody, and a catchy chorus. This one will be on a lot of year-end top 10s. Placed smack in the center of the album, it’s not the final highlight.

“Eternal Summer” and “Not the Same Anymore” offer a moodier vibe, the former getting a little funky, while the latter puts forth a steady melancholy. “Why Are Sunday’s So Depressing” isn’t the downer it sounds like, though the hook has the potential to become annoying.

The album ends with the oddly named “Ode to the Mets,” which seems to have nothing to do with baseball. However, Casablancas feels very strongly about the lyrics, giving the tune his most impassioned vocal performance.

The New Abnormal is certainly one of the best albums of 2020 and finally gives us a proper follow-up to Is This It?