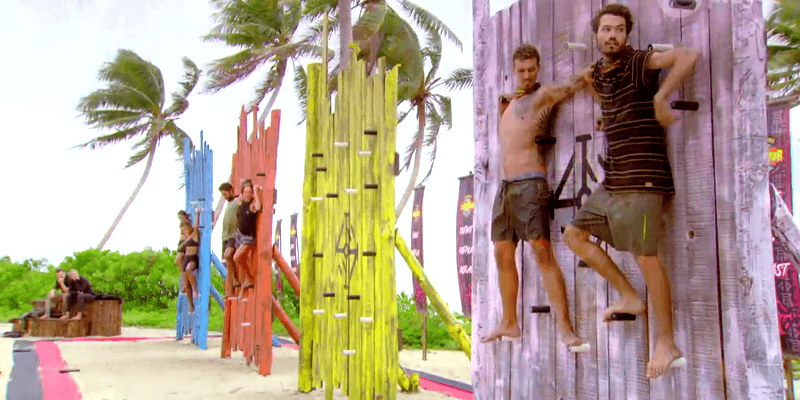 With eight people left in the game, Australian Survivor 2019 is just a few episodes away from the finale. This week, however, is probably the season’s weakest so far. While it wasn’t necessarily a bad week, it wasn’t up to par with the weeks the preceded it. 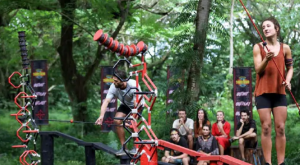 Overall thoughts
So what was it that made this week what it was? For this week, the show decided to throw in the Exile Beach twist from last year. Whereas last year the twist was done during the pre-merge, it was done this year in the post merge. This had some potential in mixing things up but in the end, the two people who were sent to Exile Beach ended up being the next two people voted out of the game. While it didn’t really pay off last year either, at least Tegan stayed in the game a while longer- throwing Benji a curve ball. I think for next year, this twist should be axed. While I’ll take it over the US twists of Redemption Island and Edge of Extinction, I can do without it. 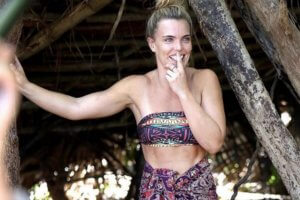 For this week, I’m going to pick Baden and Abbey. With Abbey, she was able to pull off a blindside getting Baden, Luke and Harry together to send Simon to Exile Beach. While I give kudos to Abbey for taking Janine and Pia by surprise, she did some potential damage to her game in Episode 20. In that episode, I noticed she was calling out and/or cheering for whoever she was aligned with. While one could argue that she already burned her bridge with Janine and Pia, something about that didn’t feel right to me. 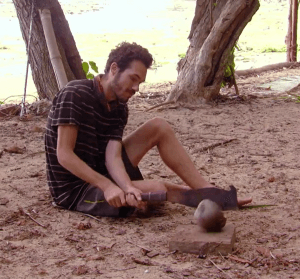 Baden has been one of my favorites from this year. He hasn’t received a whole lot of confessionals but I can’t help but relate with the guy. Plus, he’s had some funny scenes. In the pre-intro scene in Episode 18, Baden received a great character scene. In a collage of clips, Baden gave a confessional in which he talked about how much he has grown during the game. From being this shy and socially awkward person to one of the finalists has been quite the journey for him- making him feel confident in himself.  This then cut a scene where Baden could not cut open a coconut. He tried again and again, with his tribemates grinning from ear to ear. I cringed for Baden but at the same time, I did think it was a sweet scene. Seeing Janine, Pia and Abbey’s faces was a nice touch as it showed how genuine this all was. 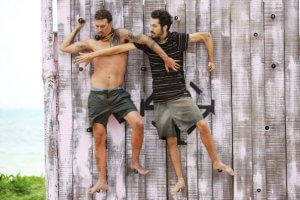 My favorite challenge from this week is, hands down, Cling Ons- the reward challenge from Episode 18. This was yet another varitation of a previous challenge- which was used in the 2017 season of AU. In the challenge, contestants must lean up against a wall supported by pegs- which are all numbered. In different intervals, Jonathan will draw up a number. The contestants must then remove that number peg from the wall, without falling off. The fewer pegs there are, the harder it will become. Last one standing wins the challenge. In this version of the challenge, the eight remaining players were paired up. One player dealt with the odd numbers while the other dealt with the even numbers. This made the challenge even harder. It was sometimes funny to see the players move in awkward positions- which was especially the case with Luke and Baden. In the end, Janine and Simon won- taking Abbey and Daisy with them. The four contestant enjoyed an overnight stay at a Survivor Spa.

In Episode 18, Daisy Richardson was the 16th person voted out of the game and fourth member of the jury. Being an originally Contender, Daisy had tried to play an idol so that the ratio between Champions and Contenders would be even. This failed last week when she played the idol on herself and John was voted off instead. In previous weeks, it’s been shown that Luke has managed to build a good relationship with Baden while Janine has explain how keeping Harry in the game could help her. Daisy was no longer needed, which probably led to her elimination. She lost the duel against Simon in Episode 20, making her a member of the jury. 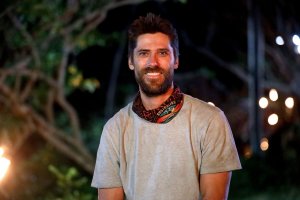 In Episode 19 and 20, Simon Black was the 17th and 18th person voted out of the game- becoming the fifth member of the jury. In his first vote off, Simon was blindsided by Abbey, Harry, Baden and Luke. When Simon won the duel against Daisy, he was still seen as a threat. It’s kind of hard to say what led to Simon’s boot but it was probably best for him to go given his strength in the challenges. Similar to Daisy, he would’ve become dangerous in the challenges. Even though they were aligned with him, Janine and Pia voted against the AFL champion.

Final Thoughts
We have two more weeks left in the season- with each one having two episodes each, airing them on Monday and Tuesday. I know I’ve said before that I feel the season is going a little too quickly. While that is still that case, I saw that last year had 11 weeks. By the time this season ends, it will be 9 weeks. So the season is only just a little bit faster but I’ve been really enjoying it- maybe even more than last year.

I’ll see you all next week!