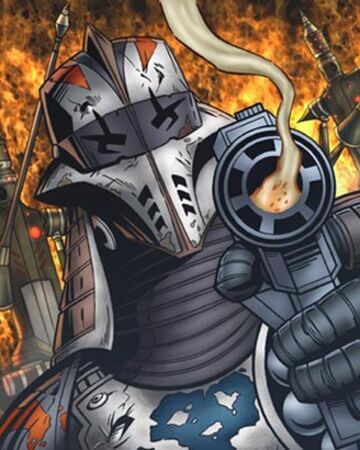 If there’s one thing that people love in their media, it’s the characters. Everywhere you go, you’ll find people gushing over their “faves” and crying over the latest casualties. Unfortunately, not all characters are created equal, and many are often left out of the equation. Which, to be honest, is a shame, because there are some characters that have been overlooked for far too long. Hopefully, I can help rectify this problem, with a few characters that I think deserve much more love. 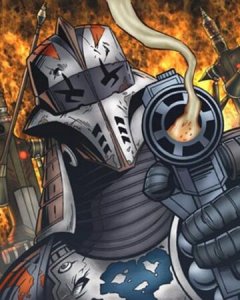 The Legends continuity of Star Wars has always been an interesting beast. Given how suddenly topical it has become after the mixed reaction to the new Star Wars sequel trilogy, many people have been taking a look at the older continuity, in order to compare the two.

First introduced in the original Clone Wars cartoon, Durge would be shown in combat with Obi-Wan Kenobi, revealing a shifting body structure and a major regenerative ability. It’s somewhat understandable that the fandom didn’t have much of a reaction to him in the beginning, due to his lack of dialogue.

However, the comics are where Durge truly shines. With a dark, complex backstory, the character became instantly more intriguing. His personality also added to the character, showing off his insane, yet cool attitude.

Liz Shaw has always been an interesting character in the Doctor Who franchise. Acting as the companion to the Third Doctor for the seventh season, in four stories compromising twenty-five episodes. From the very beginning, she was something original, a companion that was a scientist in her own right, much more of an equal to the Doctor.

Sadly, for the main show, she would no longer appear after Season Seven, slightly drifting out of the public eye. For the loyal fans, however, she would still appear in novelizations, audio plays, and original books, and receiving a proper send-off in The Scales of Injustice (or the short story Country of the Blind, depending on how you view continuity). As for spin-offs, she would appear as the protagonist in the officially licensed P.R.O.B.E. home video series (which, incidentally, is scheduled to have a revival by Arcbeatle Press in the near future, although without Miss Shaw sadly).

As for Sally Salter, although she only appeared in the 2018 Rose novelization, her impact on Doctor Who has been no less short of extraordinary. Being the first trans protagonist of the series, she acts as one of Mickey’s three roommates, getting a sub-plot with her and the other two by the book’s climax.

Both women deserve a lot more attention from the Doctor Who fandom, and hopefully, as time goes on, they’ll be allocated this time.

Don and Gilda (The Promised Neverland)

Don and Gilda, although side characters, provide a very interesting dynamic in the series, especially in the opening part of the series. Don acts as the more adventurous, outgoing and cocky individual, while Gilda is much more quiet and reserved, but still relatable. As the first two outside the main trio to be let in on the escape plan, they are an integral part of the series’ development, and deserve much more recognition. 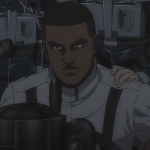 Although he is not the first black character to appear in Attack on Titan, he’s been the most prominent, currently acting as one of many minor protagonists. As a character, Onyankopon provides something new to the franchise. He’s calm and friendly, but also willing to stand up for what he believes is right, with a dedication to his cause. As a bonus, he actively avoids the tired “butt-of-the-joke black guy” trope that has sadly become more prominent in media these days, and manages to be a complex, yet relatable character.

With his recent introduction in the anime adaptation’s sixty-sixth episode, he will hopefully have a much more prominent audience.