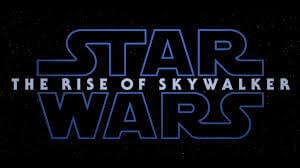 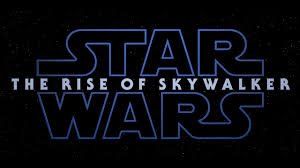 This morning we were graced with a treat. During the live feed from Star Wars Celebration, a new teaser trailer for Episode IX was released, and we were given the name of the film. Episode IX is The Rise of Skywalker. Garon already gave you the teaser, but I’m going to break it down, and share my opinions.

There looks to be some very interesting things going on. Rey is on a desert planet, I don’t know which one, but I know there are SW fans who can name it. We see Kylo in his fighter coming after Rey, and she attacks it. We see Kylo & stormtroopers in a battle, not much of a surprise there. Kylo’s helmet is being repaired, so we know he’s preparing for some serious shenanigans. Our friends Finn & Poe appear, along with BB-8, and a new droid. Lando is piloting the Millennium Falcon again, because it’s only fair that he gets his ship back, after Han cheated him out of it. Chewie is our co-pilot, and rightly so. And a glimpse that brings me to tears. Our General, Leia Organa is holding the Medal of Bravery/Medal of Yavin she gave to either Han or Luke in Episode IV, A New Hope. We see General Organa embracing Rey, and a single tear running down Rey’s cheek. Our friends crest a hill and see the remains of the Death Star. It cuts to an unmistakable laugh, that of Palpatine. Luke’s voice is narrating the teaser, and reminding Rey of some important things. This is the last film Carrie Fisher worked on, and she’s in the movie using some archived footage. I know I’m going to sob during this movie again, knowing this is the last time I’ll see Carrie in a film. Knowing that my beloved Space Mom is gone.

Those are my pullouts from the teaser, what do you see and think Beastlings? What are your theories of how Episode IX is going to play out? Is Luke going to be back, possibly as a Force ghost, and is that how Palpatine will return as well? Are we going to learn who Rey’s parents really are, because I don’t believe Kylo telling her that her parents were nobodies.

The live stream of the con is here, and I’m certain there will be a number of additional hints, promos, additional plot information, and possibly a new trailer. I’m super excited to see what else will be released this weekend, and as I get more reveals, I’ll share them with you, my loyal Beastlings.