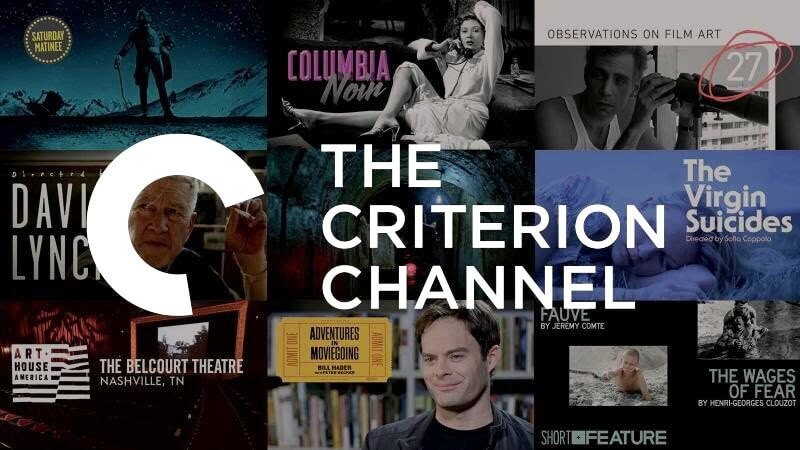 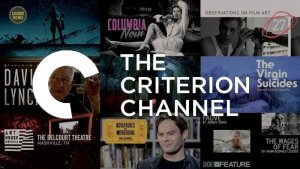 As more and more of the U.S. joins the rest of the world in staying home, it turns out there is an awful lot of time to fill. Suddenly, those tasks you meant to tackle seem like they might be more… tackle-able? After its introduction last April, many cinephiles have jumped on to the Criterion Channel streaming service. But not everyone has had the time or focus to utilize it to its fullest.

So please take these suggestions (hopefully, the first of an ongoing series) as a nice place to start this secluded weekend.

Like most streaming services, many titles come and go from month to month on Criterion Channel due to license agreements. (Yes, even including titles that Criterion Collection has released on disc.) But, unlike most services, Criterion is totally upfront about what is leaving at the end of the month. The site and app both devote a section of the home page to departing flicks. Here are some you should see before they are gone.

Criterion Channel’s main page also offers a handy section on the most recently added goodies. Because even when confronted with a library featuring ten of thousands of hours of world cinema masterworks, it’s still more exciting to see what’s shiny and new. 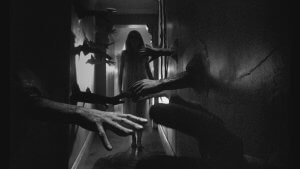 Catherine Deneuve (and friends) in Repulsion.

Repulsion (1965) – For you readers who think you might be losing your mind shut up in your apartment, at least you’re not Catherine Deneuve in this creepy classic. (For more psychological seclusion horror, try: Safe.)
Losing Ground (1982) – This modest but affecting romantic drama is the only full-length feature from Kathleen Collins, a forgotten pioneer of American indie cinema who demands re-discovery. (For another independent classic directed by a woman of color, try: Daughters of the Dust.)
Paper Moon (1973) – This classic father-daughter con-man comedy, starring Ryan O’Neal, Tatum O’Neal, and Madeline Kahn, is a perennial delight. (For another snappy comedy masterpiece, try: His Girl Friday.)
The Hands of Orlac (1924) – Silent horror legend Conrad Veidt plays a pianist who loses his hands, only to have them surgically replaced with those of a killer. I’m sure he’ll be fine. (For more German Expressionist terror, try: The Golem.)
The Hunger (1983) – Tony Scott’s moody vampire yarn stars David Bowie and Catherine Deneuve as sexy ancient bloodsuckers looking to seduce doctor Susan Sarandon. (For more offbeat ’80s vampires, try: Near Dark.)

In addition to just the films, Criterion has uploaded a selection of the many bonuses which make their physical releases so special. Here are a few fully loaded programs worth filling your days. 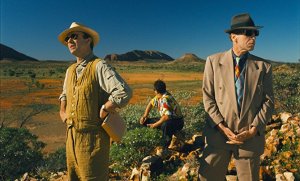 Wim Wenders’s sci-fi road movie Until the End of the World.

The Graduate (1967) – One of the foundational films of “New Hollywood” that you hopefully have seen by this point. Even if you have seen it, Criterion’s presentation offers two commentaries, over 90 minutes of interviews, and many other bonus goodies to tempt you to jump back into the swimming pool of suburban sadness.
The Complete Monterey Pop Festival (1968/1986/2002) – An all-time great rock doc that has been vastly expanded in this deluxe presentation, which includes three films (one highlights Jimi Hendrix’s set at the fest; one highlights Otis Redding), commentary, filmmaker interviews, and hours of deleted songs.
Until the End of the World (1991) – Wim Wenders’s sci-fi road movie has finally been legally released in its 4 3/4-hour director’s cut (talk about a binge). It is accompanied here by over 30 minutes of deleted scenes, plus interviews and supplemental docs, including one focused on the recording of Nick Cave’s theme song.
War and Peace (1966/67) – Many people probably think they will use their time shut up to read a great novel. Why do that, when you can watch a classic film version of a great novel? At 7 hours, Sergei Bondarchuk’s 4-part epic is still a significant time-killer. And that’s not counting the documentaries and interviews that generously accompany the film.
Berlin Alexanderplatz (1980) – Rainer Werner Fassbinder’s soapy 15-hour adaptation of the Alfred Döblin novel, tracing the life of an ex-convict in Weimar-era Germany (and anticipating the rise of fascism), is a significantly longer epic than War and Peace but it’s more emotionally intimate too.

Oh boy, there’s so much stuff on Criterion Channel I wanted to include… but… that should keep you busy for now. Stay healthy. Stay sane.